Surrounded by majestic mountain ranges and the expansive Maniototo plains are some delightful historic towns and settlements, including the main centre of Ranfurly and the smaller settlements of Naseby, Patearoa and Waipiata.

These places are blessed with a number of parks, reserves and domains that cater for a wide range of recreational needs and a number of heritage sites with relics of bygone days.

Located in the centre of Ranfurly township is the John Street Reserve, a great place for children to let off steam. This reserve has a large playground and right next door is the swimming pool, that opens during the summer season.

There are picnic tables to sit, have a rest and enjoy the local surroundings, or you might want to take a wander around the town and view the many distinctive Art Deco styled buildings.

A popular rest stop for travellers is the Maniototo Lions Park on Charlemont Street west.

Developed with the assistance of the Maniototo Lions Club, the reserve features picnic tables, a shelter, large map and information about the area, a place for a rest stop and to take time out before proceeding on your journey. While here why not walk around the town or visit the old railway station and i-SITE.

This large and versatile sports ground has got just about everything one expects from a large recreation and sports ground park. There is the main stadium with gymnasium, clubrooms, squash courts and changing rooms. There are the outdoor tennis and netball courts tucked in behind the stadium sheltered from the wind. There is also the significant number of playing fields indicating how strong sport has been in the Maniototo over the years.

Developed in 1950s, Maniototo Park replaced the original domain ground on Pery Street, which became too small for the needs of the community. The old domain ground, now in private hands can be found across the road from the Council Service Centre.

Maniototo Park is home to the annual Maniototo A&P Show held in February each year. A small skateboard park is also located here.

Lying near the foot of the Mount Ida Range is the historic township of Naseby, and at its heart is the Naseby Domain. Created in the 1870s a decade or so after the first Naseby gold rush, the Domain today features facilities one expects from the town's main recreation ground.

Within the domain, you can find a children's playground, tennis courts, a small BMX track and a manicured sports playing field. The playing field is set in a very picturesque setting surrounded by mature and notable trees and the embankment is ideal for watching a game of cricket.

The domain is also used for other important and regular events within the Naseby township.

If you have never seen a sluice gun before, a visit to this small reserve across the road from the Naseby Domain is a must.

Early miners would use sluice guns to wash the gravel hill faces with torrents of water in order to extract the gold. Of significance is the fact that this water was bought in from many miles away through a network of water races and iron pipes - an amazing engineering feat many years ago.

Naseby does not have a swimming pool, but it does have an outdoor swimming dam nestled within a landscape sculptured from mining and surrounded by trees.

Fed by a nearby water race, the dam is a nice place to swim and cool off over the hot summer months. It is also a great place to picnic and to take children with the small children's playground close at hand. While it's a great place to relax or to explore the nearby walking and biking tracks during the summer months, the primary purpose of the dam is to store water for fire-fighting, which is not surprising with Naseby Forest nearby.

Like its counterpart in Ranfurly, this small peaceful war memorial reserve with its historic field gun was developed in tribute to the men and women who served in World War II.

Given its location in the heart of the Naseby it is a great location to have lunch or to rest after exploring the historic precinct of this delightful township.

As you enter Patearoa from the north, you can't miss the Patearoa Domain set amongst mature trees next to the old Patearoa School and Golf Club. Managed by the Patearoa Recreation Reserve Committee, this pleasant domain has a full size playing field and pavilion with changing facilities. The Patearoa Hall is situated on the domain as well as the War Memorial.

Within the quiet rural town of Patearoa, below the Rock and Pillar Range, is this popular local swimming hole on the Sowburn River.

Located down river from the town's water supply take-off, the swimming hole is set within striking rock formations and has a small grass area suitable for an idyllic summer picnic. Nearby is the start of the Sowburn River walk.

As the name suggests, this large expansive reserve found next to the old Ranfurly Railway Station was originally part of the goods yards for the Otago Central Railway before it closed in the late 1980s.

The railway played a big part in the development of the Maniototo and standing in the reserve one can imagine the bustle of activity as wagons were loaded and unloaded and the excitement of children about to board the train to Dunedin.

Owned by the Department of Conservation but maintained by Council, this Reserve is well worth a visit to appreciate Maniototo railway history. While here take a look at the railway history display and other information about the district available at the i-SITE located here.

This small neighbourhood reserve with its large field gun was developed by the RSA, Lions and Jaycees in tribute to the men and women who served in World War II.

This reserve is a nice place to rest during your walk around the town, or to just sit and enjoy the pleasant and restful surroundings.

While here take the opportunity to view some of the delightful Art Deco styled buildings around the township.

Just a short walk from the main street and next to Council's Service Centre is the Ranfurly War Memorial and cenotaph that commemorates lives lost in the Great War of 1914 to 1918 and later conflicts around the world.

This small peaceful reserve is where Ranfurly's annual ANZAC day service is held and is just next to the swimming pool, open during the summer months, and John Street Playground.

This enchanting park is named after the chief surveyor for the province of Otago, John Turnbull Thomson, born 1821 in Glorum, Northumberland, England.

Immigrating to New Zealand in 1857, John Turnbull Thomson was employed by Captain William Cargill, the Superintendent of Otago province, to explore and survey the province. The interior of Otago was largely unknown at the time, and Thomson is credited for the opening up of inland Otago and the Maniototo for settlement.

The planting and design of this park represents the rugged tussock country Thomson would have been exposed to during his surveying work throughout the Maniototo. The mounds depict the surrounding mountain ranges with a statue of Thomson and his equipment at its centre.

From the park, do take the opportunity to view some of the delightful Art Deco styled buildings around the township.

Located next to the Otago Central Rail Trail and the site of the annual Waipiata Ute Muster is Waipiata Domain.

This pleasant peaceful setting has a sports ground, two tennis courts and a pavilion with kitchen and toilet facilities. The Waipiata Bowling Club is also nearby.

Overnight camping is permitted here and the domain makes a great place to stay while doing the Otago Central Rail Trail.

Located in the centre of the township, this small reserve is adjacent to the Waipiata Hall. The Reserve has a small playground and is a nice spot for a picnic. Just nearby is the Waipiata War Memorial and Cenotaph. 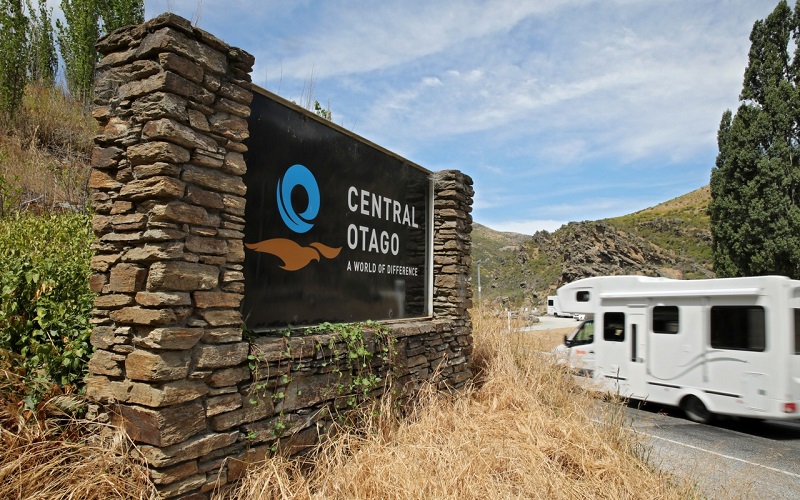 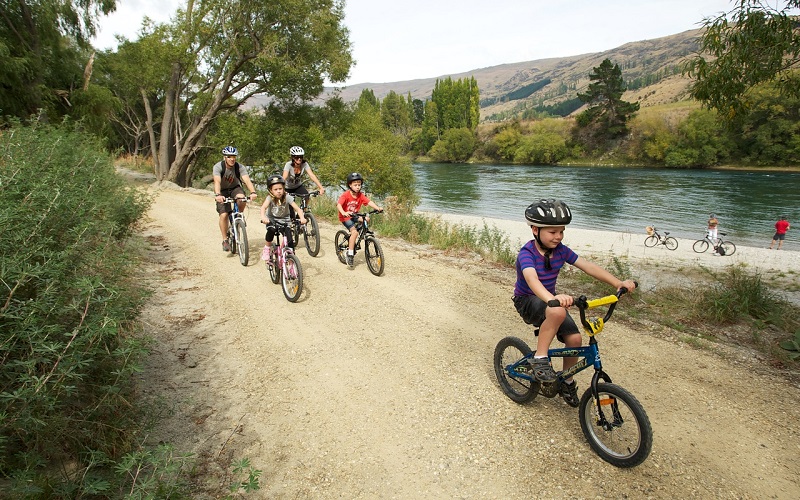